The Effort of Man with the Blessing Of God Has come to a successful End.

See the miracle and magic done by Chile

A group of rescuers rehearses the operation to retrieve 33 trapped miners at the mine. The rescue operation could begin as early as Tuesday night.

Romina Gomez, daughter of trapped miner Mario Gomez, holds her daughter Camila as they sit at the relatives' camp

Workers operate the T-130 drilling machine as they prepare the last tube, left, that will be used to complete an escape hole

Relatives of some of the trapped miners hold up a flag printed with the men's portraits, two months after the accident at the San Jose mine

A view of the rescue operations area at the San Jose mine.

Camila Campillay, granddaughter of Mario Gomez, one of the trapped miners, receives a capsule with messages from him.This letters where the only way of communication for them to the outside world initially.

Chilean President Sebastian Pinera talks to the miners via a video conference. 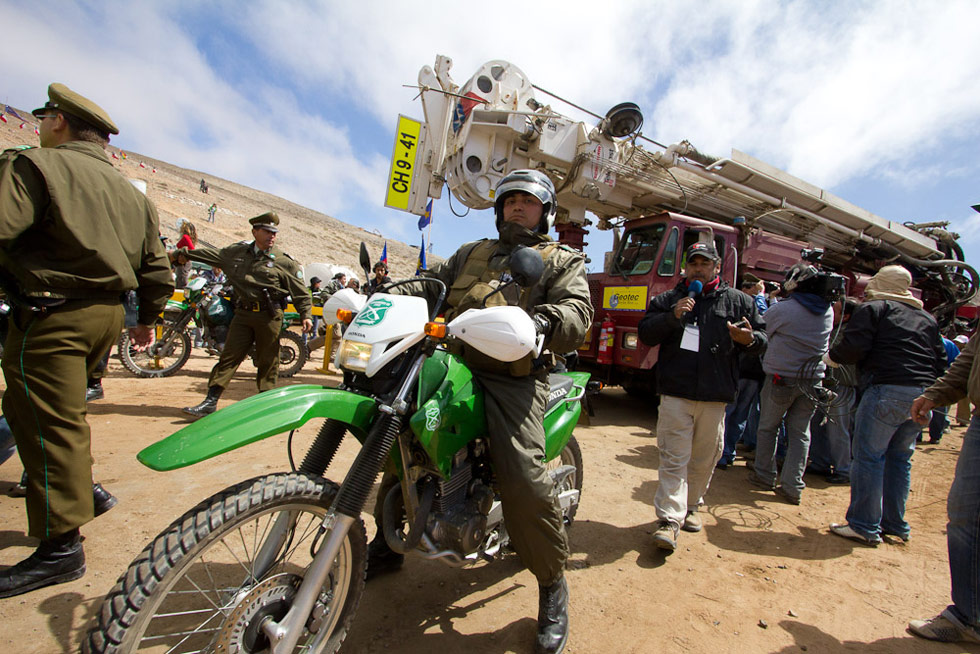 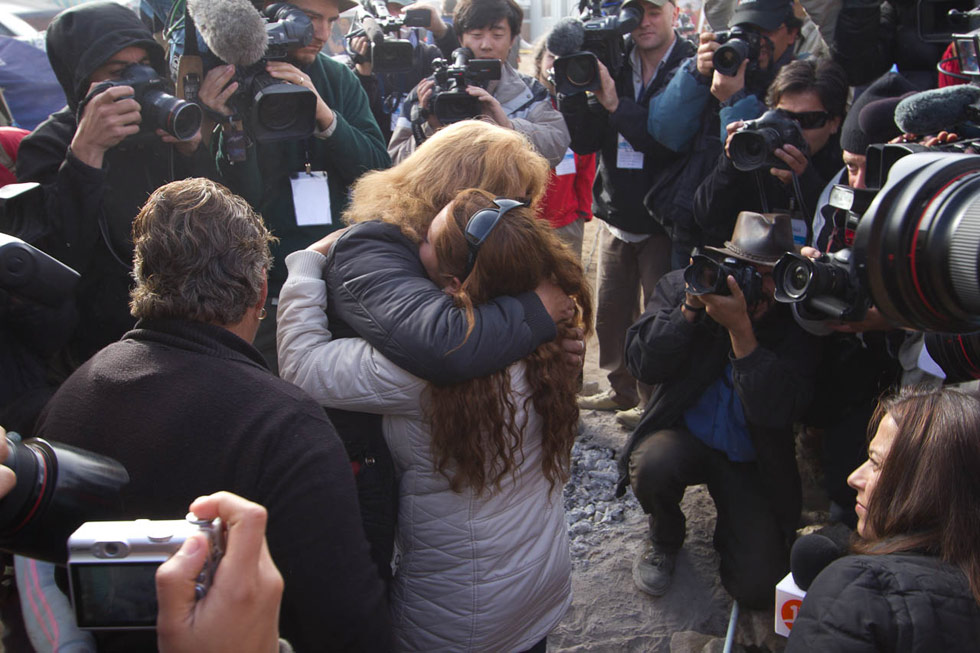 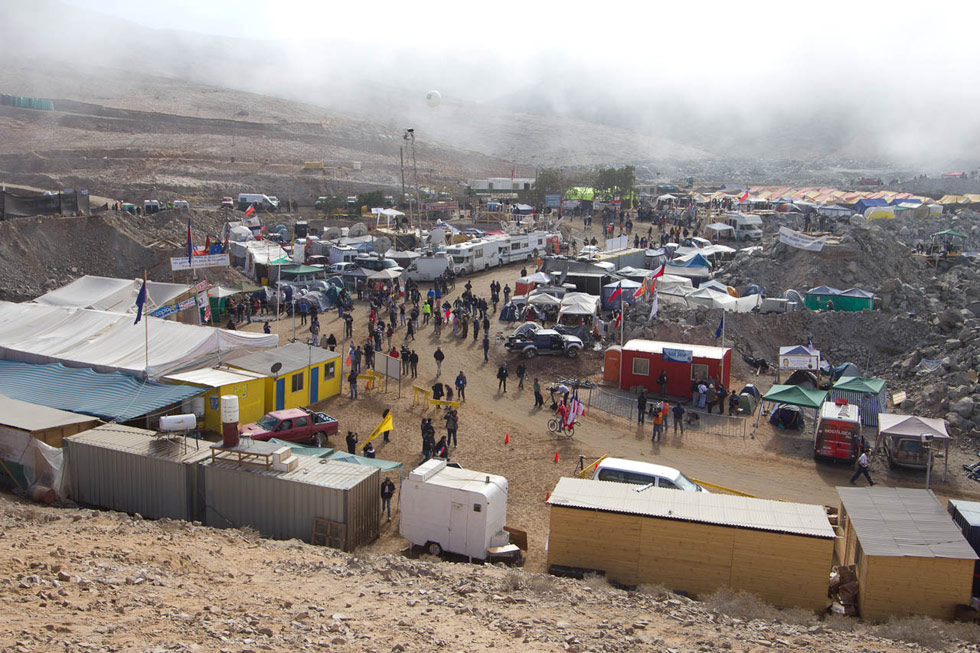 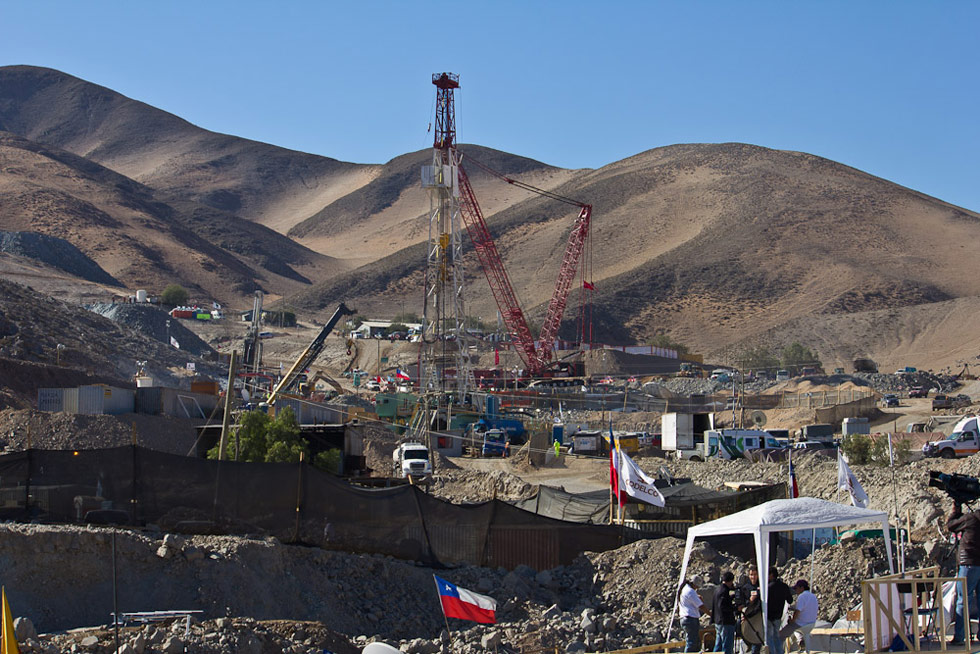 miner Daniel Herrera Campos embraces his mother after being rescued from the collapsed San Jose gold and copper mine.

Rescued miner Claudio Yañez, 34, gestures as he arrives to the hospital of Copiapo, Chile, Wednesday,

Jorge Galleguillos, the eleventh miner rescued from the collapsed San Jose gold and copper mine, waves to the crowd. 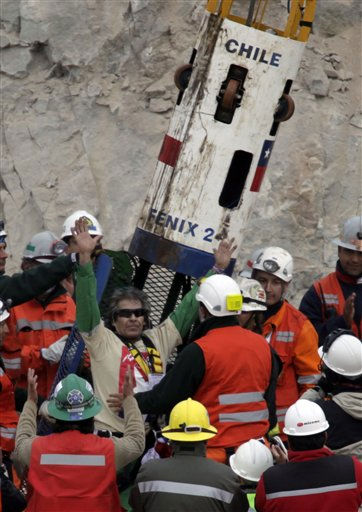 Chile's President Sebastian Pinera, right, hugs rescued miner Mario Sepulveda after Sepulveda was rescued from the collapsed San Jose gold and copper mine where he was trapped with 32 other miners for over two months near 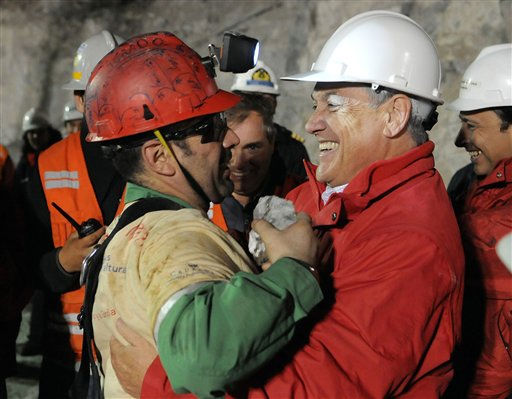 In this screen grab taken from video, miner Florencio Avalos stands inside the capsule before beginning his journey up the escape shaft to the outside world. 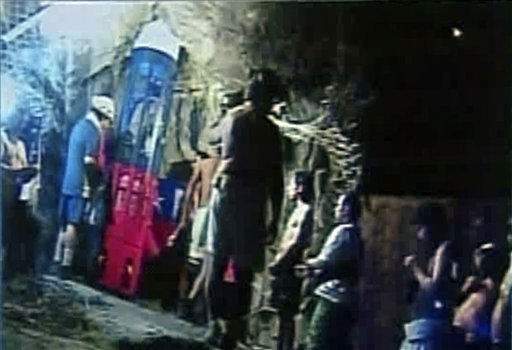 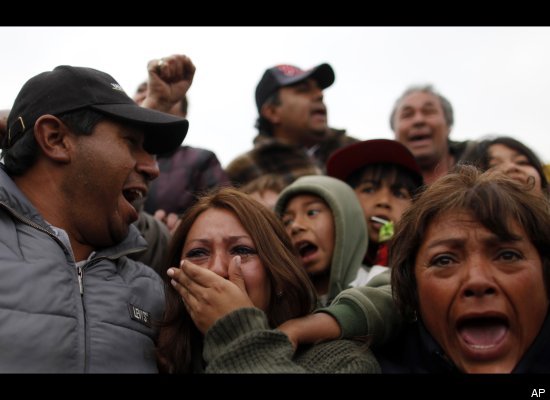 Rescuer Manuel Gonzalez Pavez (2nd l.) speaks to the 33 trapped miners after being lowered into the mine, at San Jose Mine near Copiapo,

The first miner to be rescued, inside capsule at left, begins journey up the escape shaft.

( Chile president Mr. Sebastian Pinera spent the whole time at the mine until the last person is also rescued from the mine – Hats off to him).

Let all other countries learn something from Chile.

Self care for irregular periods